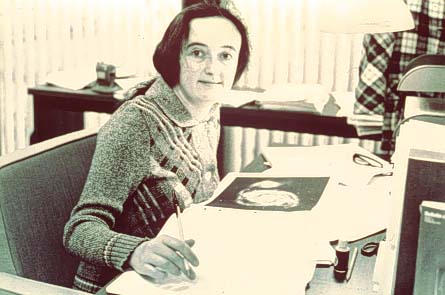 Beatrice was born in Chester and had an older sister. After the war, she moved with her family tp New Zealand, and excelled in school in a number of fields, from maths to languages, writing and music. At the age of 14, she decided she wanted to become an astrophysicist. She won a junior scholarship to study chemistry, maths and physics at Cantebury University, and graduated with Master of Science with First Class Honours in Physics in 1961. She married fellow physicsit Brian Tinsely in the same year, and moved to Dallas, Texas when Brian was offered a job at the South West Centre for Advanced Studies. Unable to find a job in Dallas, Beatrice took a part time teaching job at the University of Texas at Austin, some 200 miles away. She enrolled for a Ph.D at Austin in 1964 and completed it in 1966, taking about a third of the time it takes most people to do a Ph.D thesis. In her papers she received marks of 99% and 100%, the first student in the department to achieve marks of over 80%.

Before Beatrice began her research, little was known about life cycles of galaxies and the stars within them. She pioneered the study of interacting galaxies and the idea that galaxies change over short timescales compared with age of the Universe, which inspired astronomers to study distant galaxies for clues to galaxy evolution. In particular Beatrice studied how different groups of stars age and what observable effects those changes have on a galaxy. Her work was significant in determining

the size of the Universe and its rate of expansion. It was also assumed that galaxies of the same type - spiral, elliptical or lenticular - would be a similar size, shape and luminosity.

By comparing the size and luminosity of distant galaxies to nearby galaxies whose distance was already known, it was thought that an accurate distance could be obtained. But her thesis, "Evolution of Galaxies and its Significance for Cosmology" showed that determining distances based on morphology alone was unreliable. Factors such as the abundances of chemical elements, the

mass of the galaxy and the rate of starbirth were all important parameters in determining the distance and age of the galaxy and, by inference, the size and age of the universe. Tinsley's work formed the basis for contemporary studies of galactic evolution. She also contributed to research to find out whether the universe is an open or closed system.

Her work was so important that she received the Annie Cannon Award in Astronomy in 1974. Yet professional recognition was still unforthcoming in Texas.  Although she was asked to design an astronomy department for the University of Texas, and in spite of her academic acheivements, her application for a job as head of the university’s astronomy department was not even answered.

Knowing she would never be accepted seriously in Texas, Beatrice made the tough decision to seek divorce from her husband in 1974, and persue her scientific career at Santa Cruz, where she took a one year fellowship at the Lick Observatory. The following year she began work as the assistant Professor of Astronomy at Yale and in 1978 became Professor of Astronomy. In the same year she was diagnosed with cancer, but continued to research and publish papers until her death in 1981. Over her short 14 year academic career, as Professor Tinsely, she authored or co-authored around 100 scientific papers on the evolution of galaxies.

In 1986 the American Astronomical Society established the Beatrice M. Tinsley Prize for outstanding creative contributions to astronomy or astrophysics, and even the University of Texas at Austin created the Beatrice M Tinsley Visiting Professorship in astronomy in her honour. The asteroid 3087 Beatrice Tinsley is also named after her.