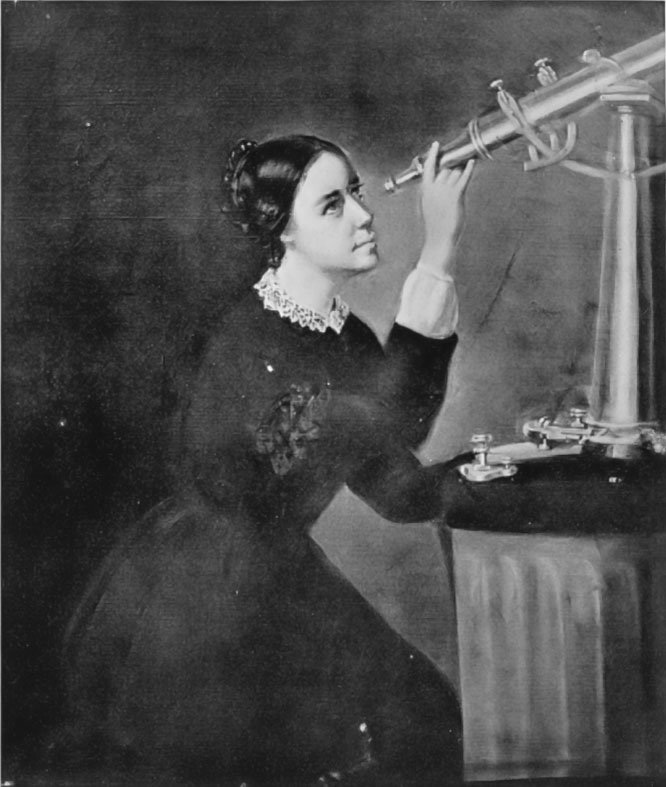 Maria Salmon Mitchell was born in Massachusetts and was one of nine brothers and sisters. Her family were Quakers and believed in education, and offering the same equality to men and women. Maria’s father built his own school, were Maria attended and also became a teaching assistant. Out of school, he also taught her how to use a telescope and at age twelve and a half, she helped him calculate the exact timing of annular eclipse. When she was 17 she opened a school of her own, but it closed a year later when she took a job as a librarian of Nantucket’s Athenuem Library, which offered her a good salary as well as time to study and read books. At the same time her father was hired as cashier of the Pacific Bank, which came with accommodation. He built an observatory on his roof and installed a four inch telescope with which he performed observations for the US Coast Guard. Maria helped her father with those measurements and it was during one observation session that she discovered a comet. She tracked its movements over the course of a few days and her father wrote to Professor William Bond at the Harvard University about his daughter’s discovery. Bond made the King of Denmark aware of the discovery, since the King had pledged to offer gold medals to each discoverer of a telescopic comet. Before Maria, the only women to have discovered a comet was Caroline Herschel and her astronomical fame rose dramatically after the discovery of the “Miss Mitchell’s comet” in 1847 (known today as C/1847 T1).

Maria contined working as a librarian and later became the first professional woman astronomer in the United States, the American Academy of Arts and Sciences voting her the first women member in 1848. The Association for the Advancement of Science fif the same in 1850 and in 1849 she was offered a job by the US Nautical Almanac Office to calculating positions of the plaent Venus. Her work enabled her to travel in Europe and on her return she was presented with a new telescope bought with moeny collected by women for the first women astronomer of the United States. She used it to study sunspots and other astronomical events, and discovered that sunspots are whirling vertical cavities and not, as previously thought, clouds. 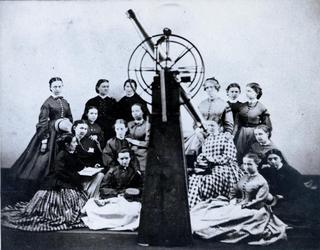 In 1865 she became professor of astronomy at Vassar College, the first person (male or female) appointed to the faculty. She was also named as Director of the Vassar College Observatory, where she was permitted to use the 12 inch telescope, the third largest in the US at the time. After teaching there for some time, she learned that despite her reputation and experience, her salary was less than that of many younger male professors and so she insisted on a salary increase, and got it. She contiued her research by studying the surfaces of Jupiter and Saturn, and by photographing stars. In 1869 she was the first women elected to the American Philosophical Society and in 1873 she helped found the American Association for the Advancement of Women, serving as the society’s president from 1874 to 1876. In 1873 she attended the first meeting of the Women’s Congress.

She retired in 1888 due to poor health, and after her death in 1889, the Maria Mitchell Observatory in her birth town of Nantucket was named in her honour. The Maria Mitchell foundation was also founded in 1902. She was also inducted into the U.S National Women’s Hall of Fame and was the namesake of a World War II Liberty ship the SS Maria Mitchell. She also has the lunar crater Mitchell named for her.